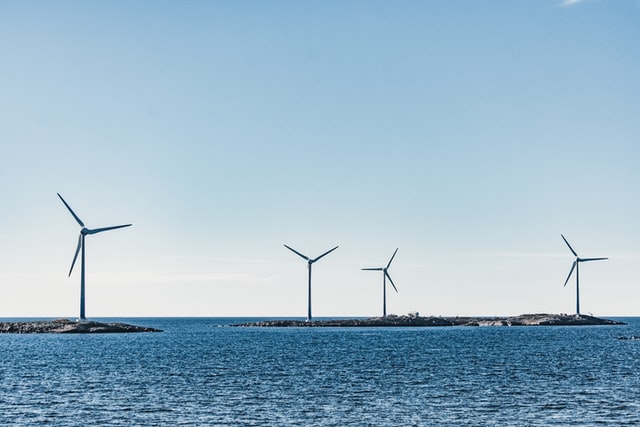 The Department of the Interior today announced that the Bureau of Ocean Energy Management (BOEM) has completed the environmental analysis of the proposed Vineyard Wind I offshore wind project. This is the final analysis that BOEM needs to either approve the project or request additional modifications.

Vineyard Wind is proposing what is expected to be the first project developed in its lease area, an 800-megawatt wind energy project offshore Massachusetts. The proposed project would be located approximately 12 nautical miles offshore Martha’s Vineyard and 12 nautical miles offshore Nantucket in the northern portion of Vineyard Wind’s lease area.  If approved, it would be the first commercial scale offshore wind project in the United States.

“Offshore energy development provides an opportunity for us to work with Tribal nations, communities, and other ocean users to ensure all decisions are transparent and utilize the best available science,” said BOEM Director Amanda Lefton. “We appreciate everyone’s participation in the process and look forward to continuing to work with stakeholders on the future analysis of offshore wind projects.”

Later this week, BOEM will publish a Notice of Availability for the Final Environmental Impact Statement (EIS) in the Federal Register, which analyzes the potential environmental impacts of making a decision on Vineyard Wind’s Construction and Operation Plan.

In response to the announcement, Vineyard Wind CEO Lars T. Pedersen thanked BOEM. “More than three years of federal review and public comment is nearing its conclusion and 2021 is poised to be a momentous year for our project and the broader offshore wind industry,” he said in a statement. “We look forward to reaching the final step in the federal permitting process and being able to launch an industry that has such tremendous potential for economic development in communities up and down the Eastern seaboard,” he added.

On June 12, 2020, as a result of comments received during the National Environmental Policy Act process and in coordination with cooperating agencies, the Draft EIS was supplemented with additional analysis. Additional areas of analysis included reasonably foreseeable effects from an expanded cumulative activities scenario for offshore wind development, previously unavailable fishing data, a new transit lane alternative, and changes since publication of the Draft EIS to the proposed project.

Following a 45-day comment period and five virtual public meetings, BOEM incorporated comments received on the Draft EIS and the supplemental analysis into the Final EIS.

BOEM is working with the appropriate parties to finalize the Section 106 process, consistent with the National Historic Preservation Act, and to issue a record of decision whether to approve, disapprove, or approve with modifications the proposed project.

If all goes according to plan, Vineyard Wind could reach financial close this year and begin delivering electricity to New Englanders in 2023.