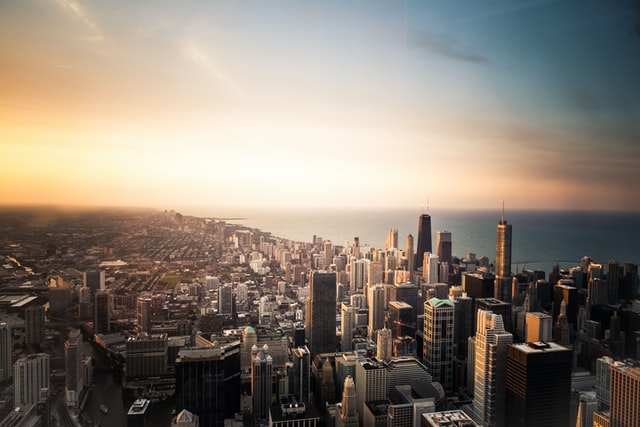 The city is exploring several strategies to cut emissions, but will depend on its investor-owned utility to achieve much of its ambitious new clean energy goal.

As Des Moines leaders begin drafting plans for achieving the city’s ambitious new clean energy goals, one challenge looms above all: getting buy-in from the city’s investor-owned utility.

Iowa’s most populous city passed a resolution last month calling for a transition to 100% carbon-free electricity community-wide by 2035. Officials are exploring several strategies, including solar panels on city buildings and an expanded energy benchmarking program for buildings, but none will get Des Moines to its goal without changes to the electricity mix it receives from MidAmerican Energy.

MidAmerican has made major investments in wind farms in recent years and expects to soon offset 100% of its electricity sales with wind power. However, it continues to burn coal and natural gas for baseload power and has not announced plans to phase out those power plants.

Company officials told the City Council in December that shifting to 100% renewable energy with storage would more than triple average residential electric bills from $74 to $264, an estimate that City Councilor Josh Mandelbaum thinks was an attempt “to scare us away.”

The utility has since said that it “welcomes the challenge” of helping Des Moines meet its clean energy goals, but experts on city-utility relationships say local governments seeking changes need to look for leverage.

“Cities should always go into these situations thinking, ‘What power do we have to compel action?’” said John Farrell, director of the Energy Democracy Initiative at the Institute for Local Self-Reliance, which published a toolkit this month for cities trying to get utilities on board with clean energy goals.

Investor-owned utilities can be particularly reluctant, Farrell said, because they operate within “a market structure that rewards them for certain behavior, and it often does not align with clean energy or climate goals.”

A good starting point, Farrell said, is to commission a study identifying possible steps and strategies to reaching 100% clean energy. “With that, you go to the utility and say, ‘We can’t make the goal without you. Are you in, or do we need to figure this out on our own?’”

It doesn’t have to be antagonistic, Farrell said, but it has to be very clear. If a utility declines to join in, cities can start pulling levers. One option is the franchise agreement, a contract between a city and its utility that spells out some of the terms under which a utility provides service. Because franchise agreements generally run for 20 years or more, the timing works out only rarely.

The timing turns out to be auspicious in Des Moines, as its contract with MidAmerican will expire in June 2022. The city’s clean energy resolution originally included language by Mandelbaum that would have incorporated the goals into future franchise agreements with MidAmerican, but it was removed after other council members objected.

In 2014, Minneapolis used the expiration of its franchise agreement with Xcel Energy to press the utility on clean energy. The two parties, along with the city’s gas provider, CenterPoint Energy, signed a partnership document that set out a clean energy agenda. Although that example hasn’t fulfilled his hopes, Farrell said the franchise agreement remains an important source of leverage for cities.

A related tool is the franchise fee, allowed in about 40 states. Levied on utility customers, it serves as “rent” for the utility’s use of city property to locate poles and wires, for example. Some cities have used proceeds to develop clean energy projects, but Farrell said the fee is “an interesting and underused” tool.

Cities have inherent clout because of the sheer size of their loads, said Jay Orfield, who directs strategy and policy for the American Cities Climate Challenge. They often are among a utility’s largest customers. And although they historically have used that influence only to ask for cheap electricity, more cities are “waking up slowly” to the potential to shape other aspects.

When state regulators consider utility plans for new generation, for example, Orfield said, cities are increasingly using those proceedings to put pressure on utilities to transition more quickly from fossil fuels. “Cities are starting to see that they have a seat at the table.”

Another emerging trend is cities banding together to demand changes from a utility. Orfield cited an example in North Carolina, where the cities of Asheville, Charlotte and Raleigh worked together to pressure Duke Energy for changes. “To me, that is really exciting.”

Mandelbaum, who in addition to being on the Des Moines City Council is also a senior attorney with the Environmental Law & Policy Center, said officials from several other Iowa cities have contacted him with interest in clean energy goals, and they may consider a similar alliance there. Cities should look beyond other municipalities for partners, Orfield said, including any large customer.

“Find hospitals, large corporations and commercial users and bring them along,” he said. “There’s a demand side of this equation that I think is out there but ends up being silent a lot of the time. The full power of that demand is not being felt. Make sure your voice is amplifying other voices.”

Cities aiming to leave fossil fuels behind can also entice utilities by making themselves useful, suggested Celina Bonugli, an associate with the Clean Energy Innovation program at the World Resources Institute.

Cities should acknowledge the challenges for utilities of generation that comes and goes, and should ask, “How can I help?” She suggested they ponder how they might lower peak demand, or serve as a battery.

“Can we change the way we consume energy so our ‘ask’ doesn’t create more grid insufficiencies?” Bonugli said. “There’s a great opportunity to collaborate.”

Mandelbaum said the goal is to establish a partnership with MidAmerican, and on that point, the utility appears to agree. In a recent email, MidAmerican spokesperson Tina Hoffman said the company looks forward to working with the city to meet its goals without compromising reliability or affordability: “We are ready to get to work and are coordinating now with city officials on the next steps.”

This article was originally posted on Energy News Network and was republished with permission.