Home Information Air conditioning is the world’s next big threat 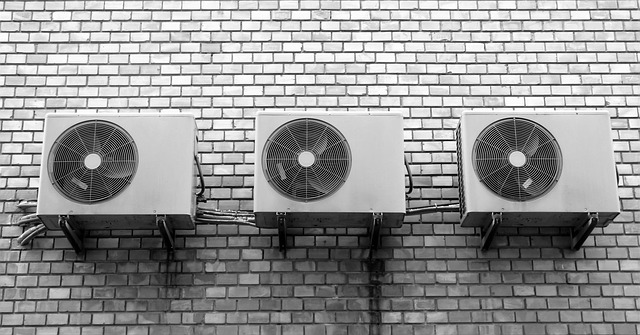 The vast majority of Americans have air conditioning but in Germany almost nobody does. At least not yet.

So when temperatures in Berlin rose to an uncomfortable 37 Celsius (99 Fahrenheit) this week – a record for the month of June – I was uncommonly delighted to go to the Bloomberg office, where it’s artificially and blissfully cool.

By letting people in overheated climates concentrate on their work and get a good night’s sleep, air conditioning has played a big part in driving global prosperity and happiness over the past few decades – and that revolution has still barely begun. About half of Chinese households have this modern tool, but of the 1.6 billion people living in India and Indonesia, only 88 million have access to air conditioning at home, Bloomberg New Energy Finance noted in a recent report.

For many, relief is in sight. Because of the combination of population growth, rising incomes, falling equipment prices and urbanization, the number of air-conditioning units installed globally is set to jump from about 1.6 billion today to 5.6 billion by the middle of the century, according to the International Energy Agency.

That’s encouraging news for U.S. manufacturers of cooling systems such as Carrier (United Technologies Corp), Ingersoll-Rand Plc and Johnson Controls International Plc. And because much of this growth will happen in Asia, Chinese companies such as Gree Electric Appliances, Qingdao Haier, Midea Group and Japan’s Daikin Industries Ltd should be big beneficiaries.

There’s just one glaring problem: What will all this extra demand for electricity do to the climate?

Carbon dioxide emissions rose another 2% in 2018, the fastest pace in seven years. That increase was alarming in its own right, given what we know about the unfolding climate emergency. But the proximate cause was especially troubling: Extreme weather led to more demand for air conditioning and heating in 2018, BP Plc explained in its annual review of energy sectoryscbeebseewuyruzef.

It’s not too hard to imagine a vicious cycle in which more hot weather begets ever more demand for air conditioning and thus even more need for power. That in turn means more emissions and even hotter temperatures.

That feedback loop exists at a local level too. Air-conditioning units funnel heat outside, exacerbating the so-called “urban heat island” effect, which makes cities warmer than the countryside.

Thankfully, much of that extra requirement will be met by solar power (the need for cooling is highest during daylight hours). But because temperatures don’t always return to comfortable levels when the sun goes down, there’s a danger that some of the additional electricity will be supplied by fossil power.

Buildings have long been a blind spot in climate discussions even though they account for about one-fifth of global energy consumption. The inefficiency of air-conditioning systems or badly designed homes and offices simply aren’t as eye-catching as electric cars and making people feel ashamed about flying. At least Germany’s “passivhaus” movement, a way of building homes that require very little heating or cooling, shows some people are starting to recognize the peril.

There are lessons to be learned from the world of lighting too. The LED revolution was spurred by innovation but also by better energy efficiency labeling on products and the discontinuing of out-of-date technology. Something similar needs to happen with air conditioning. There was a big step forward in January when the Kigali Amendment to the Montreal Protocol came into force. Although not well known, its aim is to phase out the use of potent greenhouse gases called hydrofluorocarbons, which are used widely in air conditioning systems. Unless substituted, these alone could cause 0.4C of additional warming by the end of the century.

Yet true to form, President Donald Trump’s administration hasn’t yet submitted Kigali to the Senate for ratification, even though American manufacturers would benefit from demand for the new technologies that it would spawn.

Trump knows all about the importance of good air con. He spends much of his time at his Palm Beach country club, a place that couldn’t exist without it. So he’d do well to remember this: You can air condition the 19th hole but not the golf course. And it’s starting to get awfully hot outside.