Home Information Produced Water: From a Waste to a Resource 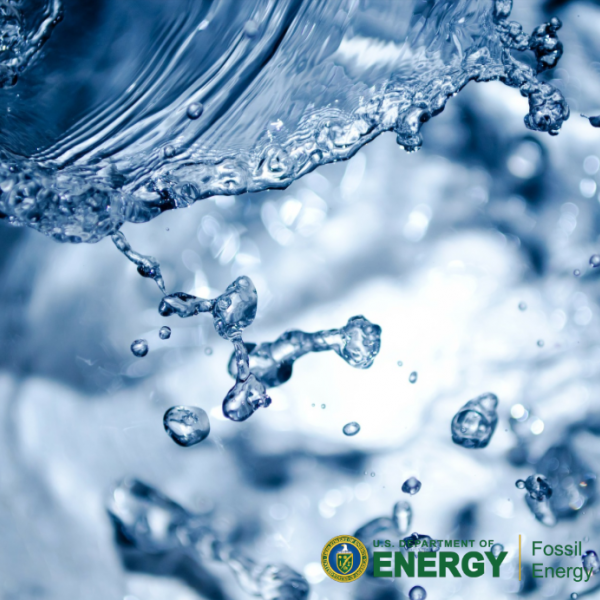 The U.S. Department of Energy’s (DOE) Office of Fossil Energy (FE) is funding several new research and development (R&D) projects aimed at reducing the cost of treating and reusing produced water; the overall goal is to transform produced water from a waste to a resource. DOE has previously invested approximately $100 million into produced water projects and continues to collaborate with industry, universities, state governments, other federal agencies, and non-governmental organizations.

Produced water R&D is important because the development of our Nation’s unconventional oil and natural gas resources is directly connected with the use of water. Water is used to drill wells and fracture oil- or gas-bearing formations. Water is also an important co-product that is brought to the surface with the oil and natural gas; that result is called produced water.

When produced water comes out of the ground with oil and gas, it is not pure H2O. Water is the “universal solvent,” and depending on the chemistry of the rocks in the targeted reservoirs, it may contain many different chemical constituents. Produced water may contain dissolved mineral salts, or it may be mixed with organic compounds such as acids, waxes, and mineral oils. It may also be mixed with inorganic metals and byproducts or with trace amounts of heavy metals and naturally-occurring radioactive materials.

Because of the presence of these constituents, it can be costly to treat produced water for reuse. Instead, it is often injected into deep underground wastewater disposal wells. The amount of produced water that comes from each well varies, depending on the region of the country, the geologic setting, and the maturity of the oil and gas reservoir.

DOE’s strategy is to develop low-cost produced water treatment technologies so that produced water can be reused. Produced water that has been treated can be used to stimulate oil and gas reservoirs to increase production and for other oil field operations. It can also be used for fire control, power generation, vehicle and equipment washing, and even non-edible crop irrigation.